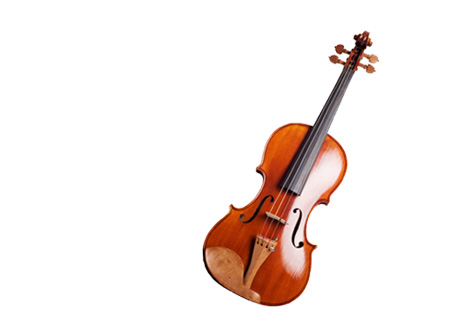 The violin is a musical instrument with four strings tuned in perfect fifths. It is the smallest, highest-pitched member of the viol family of string instruments, which also includes the viola, the cello, and the double bass. Someone who plays the violin is called a violinist. The violinist produces sound by drawing a bow across one or more or by plucking the strings. The violin is played by musicians in a wide variety of musical genres, but since the Baroque era, the violin has been one of the most important of all instruments in classical music with Concertos written by the greatest classical composers exploring the magnitude of its expressivity and sonorous beauty.
Great violinists include Jascha Heifetz, Itzak Perlman, Hilary Hahn, Nathan Milstein, and Leila Josefowicz.
Violins are also made in fractional sizes for young students: Apart from full size (4/4) violins, 7/8, 3/4, 1/2, 1/4, 1/8, 1/16 sizes are available and learning violin is especially recommended for early start with children as young as 3 years old. Students learn skills that can also be transferred to other instruments.

INQUIRE ABOUT VIOLIN LESSONS IN SANTA MONICA, OR REQUEST A TRIAL LESSON HERE

Evan Hesketh, violinist/violist, has been teaching for the past nine years with the goal to “share my passion and enthusiasm for music with others. As a teacher, I am fully invested in my students and strive to ensure that lessons not only hone their technical skills, but also develop and nurture their musicality and creativity. I want my students to be both inspired and challenged by their lessons – if they can’t wait to take their instrument out of the case then I know I’m doing my job!”

He teaches students ranging from near beginners to high school students. While a graduate student in Cleveland, he mentored viola students at the Cleveland School for the Arts, an inner-city performing arts middle and high school. As a conductor, he has worked with high school orchestra and band students as a guest clinician.

Evan brings extensive experience as a performer to his teaching. I hold a masters degree in viola performance from the Cleveland Institute of Music, as well as a masters degree in orchestral conducting from the University of Victoria (Canada). He has played in professional orchestras as a violinist and violist for the past eight years, was a prizewinner at both the Fischoff and Coleman chamber music competitions, and has performed in master classes for many notable artists, including Pinchas Zukerman. Additionally, he has conducted orchestras in Canada, Europe, and the United States. 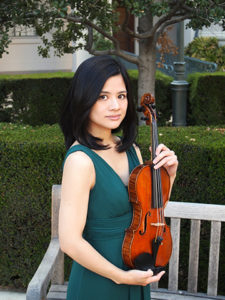 Aya Kiyonaga is an internationally active violinist, who started her studies at age of and graduated with a Graduate Certificate Degree from the USC Thornton School of Music in 2017, under the guidance of Midori Goto.

Aya’s solo recitals have taken her from London and Brussels to Tokyo, Nagoya, Osaka, and Sapporo, as well as to Los Angeles and Orange County, and Carnegie Hall in New York. Her recitals at the NHK Concert Hall and her performance of the Sibelius Violin Concerto with the Tokyo Symphony Orchestra were broadcast on the NHK FM.

Selected as the Artist Scholar of the Culture of Japan Government and the Japan-United States Friendship Commission, Aya has been steadily growing her presence as a concert artist and currently teaches at the Santa Monica Conservatory.

Ellery Weiss is a violinist and teacher in the West LA/Santa Monica area for over ten years since attending UCLA for his studies in music performance with renowned violinist Guillaume Sutre. Having also grown up locally through the SMMUSD music program, Ellery has been active in the local scene for a long time.

He teaches Violin or Viola students ranging from beginner to advanced, highlighting enjoyment and progress with his methodology. Aside from teaching, Ellery also performs with the Sunset String Quartet as well as freelances with various groups and sessions in Los Angeles. 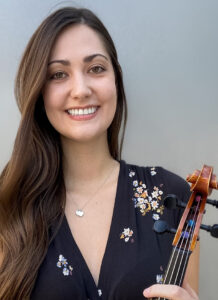 Sarah began playing the violin when she was 4 years old. As a young student she loved when, as a reward for good practice, her teacher would let her choose and play her favorite Disney songs as well her study books.

Sarah is very happy to teach her many students at the Santa Monica Conservatory, and in her spare time likes to travel playing her music. 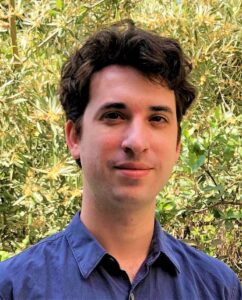 Adam loves teaching and is available for lessons in combined composition and theory, as well as violin, viola, piano, guitar, here at the Santa Monica Conservatory. 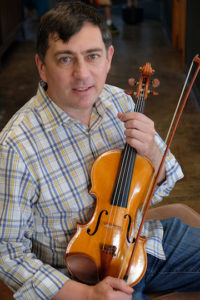 Roberto Cani earned certificates and degrees from the Milan Conservatory of Music, the Gnessin Institute of Music in Moscow, and the University of Southern California after starting the violin at age 7 because he loved the sound.

He made his debut at Gaveau Hall in Paris in 1987 and has concertized in his native Italy, Russia, Poland, Croatia, Germany, Austria, Belgium, Spain, Serbia, France, Taiwan, Japan, and South Africa. He has been guest concertmaster for the London Philharmonic and the La Scala Philharmonic and has performed as a soloist with the Moscow Philharmonic and the Orchestra of La Scala in Milan, among others.

Roberto Cani plays on a 1735 Giuseppe Guarneri del Gesù ex Baron Knoop on generous loan from the ProCanale Foundation in Italy, is currently Concertmaster for the Los Angeles Opera, and is SMCM Faculty since 2015 teaching only the most advanced students.