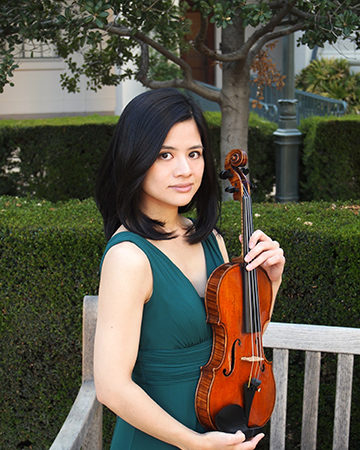 Aya Kiyonaga is an internationally active violinist, who started studies at age of 3, and graduated with a Graduate Certificate Degree from the USC Thornton School of Music in 2017, under the guidance of Midori Goto.

Aya’s solo recitals have taken her from London and Brussels to Tokyo, Nagoya, Osaka and Sapporo, as well as to Los Angeles and Orange County, and Carnegie Hall in New York. Her recitals at the NHK Concert Hall and her performance of the Sibelius Violin Concerto with the Tokyo Symphony Orchestra were broadcast on the NHK FM.

Selected as the Artist Scholar of the Culture of Japan Government and the Japan-United States Friendship Commission, Aya has been steadily growing her presence as a concert artist and currently teaches at the Santa Monica Conservatory.